Well it was a new one on us too!

We took a call from a prospective client the other day who had grown to hate the noise the pull cord on the bathroom light makes in the middle of the night – apparently this noise would wake her up more often than not and she finds it difficult enough to sleep anyway and getting back to sleep having been disturbed even harder – so she came to dread the stay over’s of her grandchildren that she and they loved so much as they were seemingly the main culprits of the nightly visits! 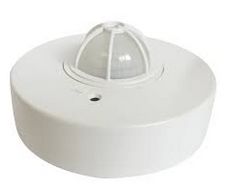 The ladies solution was to get a PIR (passive infrared sensor) to control the light – so with the pull cord in the “on” position when anyone walked into the bathroom the light would come on automatically, the solution seemed so simple to the lady and her son who offered to fit it, only to find he was tripped (no pun intended) up by the fact the device actually needed a supply to operate properly and he was horrified by the amount of wires he discovered in the ceiling rose – it was not, he quickly established simply a case of as it were passing the supply wire to the light “through” the PIR. At this point it is worth noting how tricky and dangerous wiring for the inexperienced and DIYer can be and ceiling roses are classical areas where the amount of wires will phase (again, no pun intended) one – we say leave it to the professionals!

Hence the call to Mr Electric Ipswich and we were asked to help them out of a self inflicted (not for the first time!) problem. Our experience is that such devices are very useful but the positioning of them is tricky to ensure one does not get nuisance tripping and bathroom fans add a further layer of complication – for us such complexities are commonplace but that’s what you pay for when you use Mr Electric – call us now for a quote for your electrical projects

An EICR or as sometimes called a Condition Report / Satefy Certificate / Inspection Report and is in simple...

Mr Electric East Suffolk has this month been awarded NICEIC Approved Contractor status, this is another major step along...

We have recently been reminded of the obligation that Landlords have through two examples. We were recently approached by...