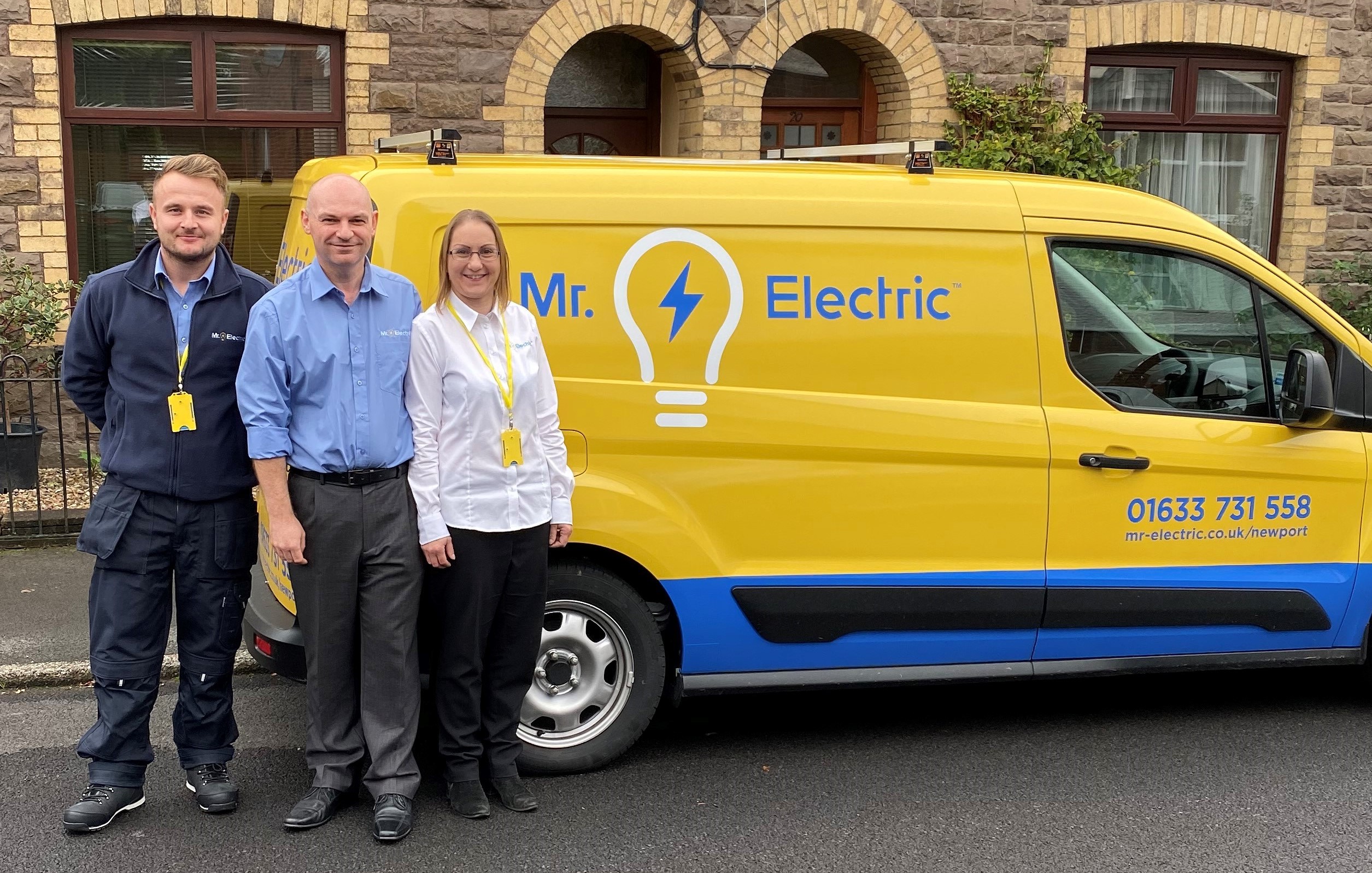 The new office, which is based in Abergavenny, is ready to start trading from 14th October. Michael and Tracy will be joined by one other fully qualified electrician, providing electrical solutions for homes and businesses in all aspects of electrical repair, installation and energy saving, including electric vehicle car-charging points.

Prior to becoming new franchise owners, Michael spent eight years running a successful newsagent and post office in Cwmbran, while Tracy devoted her time to supporting struggling families during her four years of working for Barnardo’s. After taking the business as far as it could go, Michael decided he needed to set himself a new challenge by embarking on an exciting new business opportunity in the electrical industry, a venture Tracy was eager to join him in.

Not wanting to start a new business from scratch, Michael and Tracy began researching various franchise opportunities. They decided to make an investment in a future and recession proof sector with a well-known brand and was growing fast. Mr. Electric fitted the bill, particularly as it was part of Neighbourly, the world’s largest franchisor of home service brands, with a franchise network of over 3,700 franchisees worldwide.

Michael and Tracy said: “We initially looked at several other franchises but struggled to find a franchisor who made us feel confident that we would be fully supported to make our business as successful as possible. That is until we found Mr. Electric! Not only do we know that we have the support of a dedicated team behind us who are always there to champion our success, we are now also part of a network of franchisees who share our passion for the brand. Joining Mr. Electric given us the opportunity to be a part of a very exciting industry, particularly with the rise of electric vehicles and chargepoints, which we’re thrilled to bring to our local community.”

This is a subject which seems to be gathering some interest as if like me you have good quality...

As we continue to work together to fight the Covid-19 outbreak, we would like to reassure our customers that we are taking all the necessary precautions to ensure the safety and well-being of our customers, staff and business owners.
Delivering you the best possible experience

We use cookies on our website to deliver you the best online experience, by using them to analyse site traffic, tailor and personalise content to you and serve targeted ads for the latest deals.

Necessary cookies enable core functionality such as security, network management, and accessibility. You may disable these by changing your browser settings, but this may affect how the website functions.

We’d like to set Google Analytics cookies to help us to improve our website by collecting and reporting information on how you use it. The cookies collect information in a way that does not directly identify anyone.