In-line with recent changes to the domestic fire alarm regulations [BS 5839 part 6 – 2019]
fire alarm detection system requirements within domestic properties have changed.
The below detail is for owner occupied properties only, other requirements exist where properties are rented.
It is not retrospective, so property owners don’t have to upgrade their system to the latest regulations,

1. They would like to make sure the property is up to the latest fire regulations and is as safe as it can be.

2. If the property was majorly altered or rewired for example where notification to the local Council would be required. It would then have to be upgraded to the relevant grade.

Grade D2 – A system of one or more mains-powered detectors, each with an integral standby supply consisting of a user-replaceable battery or batteries.

Where more than one room might be used as the principal habitable room, a smoke detector should be installed in each of these rooms.

GRADE D1A – system of one or more mains powered detectors, each with a tamper-proof standby supply consisting of a battery or batteries.

GRADE D2A – system of one or more mains powered detectors, each with an integral standby supply consisting of a user-replaceable battery or batteries. 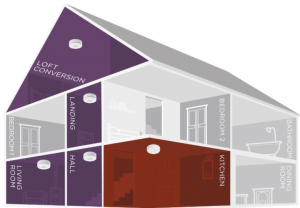 The standard states that a Carbon Monoxide alarm should be fitted in: 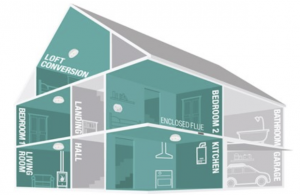 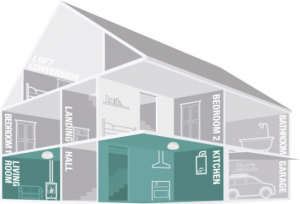 This can be best achieved by linking to the Smoke/Heat detection system.

The UK aims to become a ‘net-zero’ nation by 2050 and OZEV (Office for Zero-Emission Vehicles) is providing electric...

As an owner, you are required by law to adhere to the necessary electrical safety regulations as set out in...