Home • Updates • Everything you need to know about an EICR

Everything you need to know about an EICR 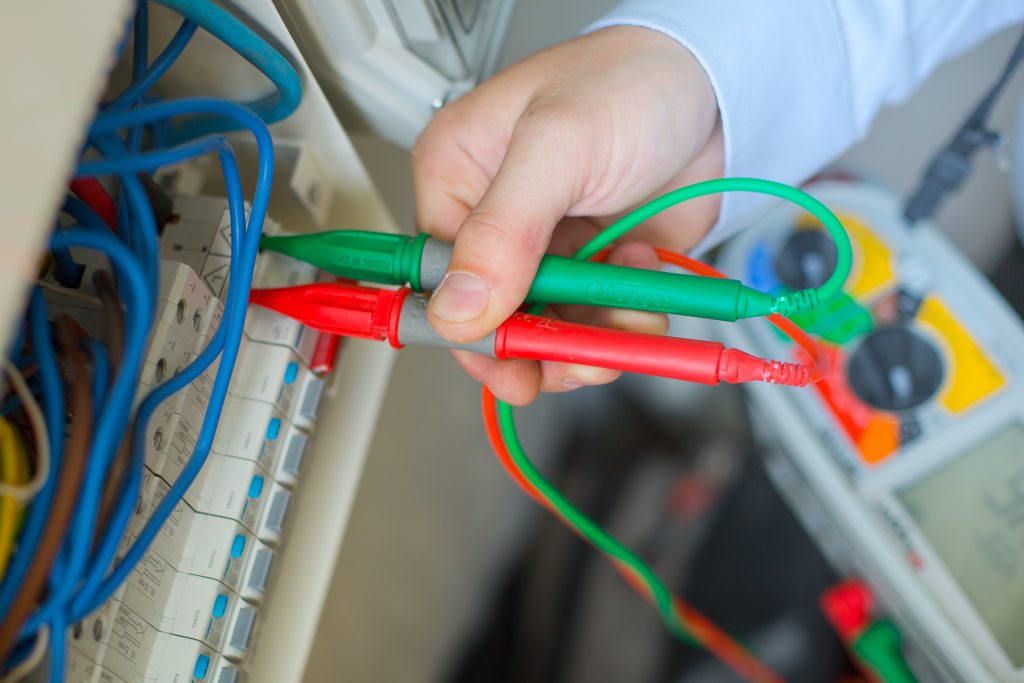 What is an EICR?

An electrical installation condition report (EICR) is an in-depth inspection of your property’s electrical systems and installation. The report assesses the competency of your electrics by three different categories:

C1 – this indicates that danger exists and will need immediate attention.

C2 – this indicates that there is the potential for danger and advises urgent attention.

C3 – this indicates that the electrics pose no danger but still recommends the improvement of the electrical system.

How do you know if you need an EICR?

Over time, electrical installations will deteriorate with wear and age. This can potentially become a risk if they are not regularly checked; improperly insulated wiring can lead to dangerous electrical shorts while faulty wiring and appliances can cause electrical fires.

So, whether you’re a business owner, landlord or homeowner, it’s important you carry out regular checks on the condition of the electrics in your property.

The IET Wiring Regulations BS 7671, which sets the standard for electrical installations in the UK, recommends the following:

What are the consequences of not having an EICR?

Although it is not yet a legal requirement to have an up to date EICR, landlords and business owners are legally responsible for the welfare of their tenants and employees and can be prosecuted should they be harmed due to unsafe electrics.

EICRs should also not be overlooked by those looking at buying a house. Not checking whether a property has an up to date EICR before giving a seller money can lead to disastrous outcomes.

Take, for example, a property Mr. Electric Northampton visited last week. A family had recently bought a house and had just moved into their new home, trusting that the electrics were just as up to scratch as the seller had promised.

They called Mr. Electric intending to have a new socket installed however when Mr. Electric conducted an EICR, they discovered a house of horrors.

They found that old rubber cable had been used for a lot of the circuits and had aged to such a degree that they disintegrated when touched. They also found that there was no earth in the metal light fittings, leaving the family vulnerable to electric shocks.

The property would need a new fuse board and a total rewiring, costing the family a staggering sum of £4k, a cost which could have been avoided had they checked the house had an EICR certificate before they made the purchase.

At Mr. Electric, we have teams specially trained in EICR testing to conduct these inspections, so you can be sure that your property is in expert hands. To find out more about EICR testing or to book a test, call Mr. Electric on 0800 7311 606.

Delivering you the best possible experience

We use cookies on our website to deliver you the best online experience, by using them to analyse site traffic, tailor and personalise content to you and serve targeted ads for the latest deals.

Necessary cookies enable core functionality such as security, network management, and accessibility. You may disable these by changing your browser settings, but this may affect how the website functions.

We’d like to set Google Analytics cookies to help us to improve our website by collecting and reporting information on how you use it. The cookies collect information in a way that does not directly identify anyone.